All prints will be shipped after full payment as A-Priority insured parcel and flat ways on wood board by Swiss Post. We never ship prints rolled in tubes.

To EU countries we are shipping duty free from Austria (EU) by Austrian Post.

Our prices are net in US$, depending on your country you will have fees for VAT & duty. To avoid any exchange currency fees, please contact us, we will send you an invoice in your currency (Can $, €, AUD $ or others).

To EU countries we are shipping duty free from Austria (EU).

Sunday B. Morning prints are still printed in unlimited editions. CMOA lithographs are limited numbered editions and the print process was closed years ago. Both editions were NEVER hand signed by Andy Warhol.

The Carnegie Museum of Art limited editions were edited in 1986 one year before Andy Warhol's death. They got in sale in the 1990's and beginning 2000's. Some had no CMOA stamp on verso but the most bear black or blue stamps. Because of the popularity of Andy Warhol in the last 30 years he got more and more victim of counterfeits. There are now limited "editions" of 100 or 150 offered by various editors with descriptions like:

OR SFMONA (San Francisco Museum of Modern Art) and many more.

Newest are also sold prints with CMOA stamps and less known motives which were never published within the Carnegie editions. You can recognize them upon different dimensions and the paper quality.

The COA for Warhol prints came from the Board of the Warhol Foundation. The examination costs were all in all about $ 2000. It was issued for hand signed lithographs or hand paintings which have value of min. $ 40000. The Andy Warhol Art Authentication Board, Inc. was a private corporation that certified the authenticity of works by the artist, Andy Warhol, from 1995 to early 2012. On the day of October 19, 2011, in a statement by the Board of Directors of the Andy Warhol Foundation, it was announced that the Authentication Board was to be completely dissolved in early 2012 in order to maximize its charitable contributions to the arts.

Andy Warhol's signature went through changes during the course of his career. His 1950's prints were signed by his mother,  Julia Warhola.

His 1960's prints were often signed on the back beginning his first name with a round "A" , some used a stamped signature, some just his initials. So not all of the first 250 lithographs editions were hand signed. 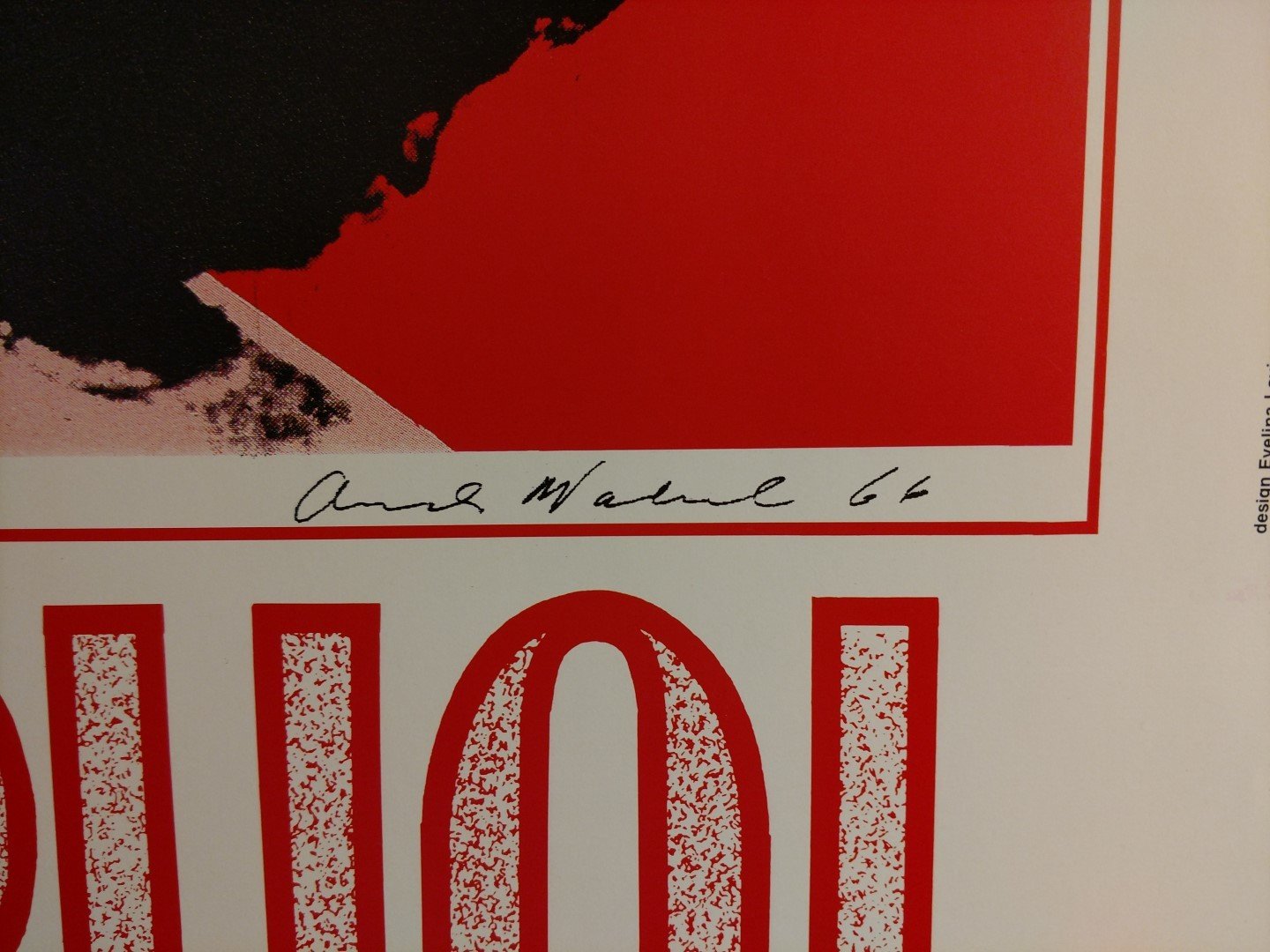 In principle Andy Warhol was a lazy man. But it is true, he gave occasionally to his friends or gallery visitors autographs or made quick drafts. But these occasions were rare. You will find a lot of "hand signed" prints of Andy Warhol in different auctions but also in renowned galleries. To 99 % these offered mostly offset prints are just pages torn from different illustrations (books, journals) and signed with a black or gold felt pen by somebody but definitely not by Andy Warhol.

About 85 % of all Andy Warhol signatures are counterfeits and the offers on ebay or onlineauctioneers go up to 99 % > good luck buying a hand signed Warhol for under $ 25000.

If Andy Warhol would have signed all these prints he would have had to live for another two centuries. The value of these fakes is simply zero.

8. Reviews of our Gallery

Thanks to our customers for leaving their reviews of newPOPart Gallery.

﻿All offered prints come directly from the editor (Carnegie Museum).

Credit card through Stripe or PayPal, money transfer to bank accounts in Switzerland or USA in USD, €, £, AUD, CHF or others. All published prices are net in US$.

By credit card through Stripe or PayPal (no PayPal account needed), easy immediate and 100 % secure transactions and buyers protection.

To avoid any exchange currency fees, please contact us, we will send you an invoice in your currency (Can $, €, AUD $, £ or others).

If not explicitly stated in the description of the artwork, all orders are insured free of charge for $ 1000. Exceeding amount has to be insured by the buyer, we decline any liability for loss or damage during the transport exceeding the coverage of $ 1000.